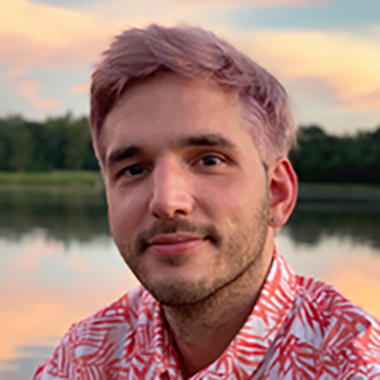 Today I’ll be starting off the day working through an hour or so in the Algorithms course. To be honest, this has been a tougher course for me to follow. I get most of what is happening, but this topic is not my strong suit when it comes to development, which is why I want to complete it.

The first section I’ll be working through today is…

I had an issue with recursion when I first encountered it earlier in the year, but I do feel like I understand what’s going on. At its core though, to me it is not a super simple topic.

Recursion is a way of thinking about ways to solve problems. It essentially is taking a problem, and working on it over and over, on a changing piece, until you arrive at your solution/end point (base case).

Formally, Recursion is a process (a function) that calls itself.

Recursion is everywhere. JSON.parse and JSON.stringify are often recursive in their implementation. document.getElementById and Dom traversal are also usually written recursively. It is also sometimes a cleaner alternative to iterative solutions.

Recursion behind the scenes

In almost all programing languages, there is a built in data structure that manages what happens when functions are invoked. In javascript we have the call stack.

It is a data structure called a stack. Anytime a function is invoked, it is pushed on top of the call stack. When JS sees the return keyword, or when the function ends, the compiler will remove/pop that function from the stack. (I knew this already, but it’s good to review)

When we write recursive functions, we keep pushing new functions onto the call stack.

They invoke the same function, with a different input, until reaching a base case.

This is the condition when the recursion will end. This is the most important aspect of a recursive function.

So far, we have seen functions that call themselves explicitly. With a helper method recursion, we have a function, wrapped with an outer function. Ex.

This is helpful, like above, when we need to store values into an array or object. There is also a way to do this with a pure recursive function. An example of that is below. The first is my example I came up with before watching the instructors solution.

We are now going to start work on a HUGE react project that will cover lots of ground, as well as build on what we have already learned. Some of the new tools and things we will use are:

There will not be much to document here while coding along this app. I figure that I will document anything interesting I run into to keep a memory of it.